Worker centers often begin with a regional focus. For example, ROC-United began in New York City and maintains a large presence there, although it has expanded to other cities. The Coalition of Immokalee Workers was founded to promote the interests of farmworkers in southwestern Florida. Fast Food Forward concentrated primarily on fast food labor activism in New York City, but the Fight for $15 helped expand its efforts nationally. As its name suggests, Working Washington launched with a focus on organizing within Washington State, but its agenda now runs far beyond state borders.

The following are case studies of worker centers that have affiliations or links to major international labor unions. Click on each graphic to learn more about the relationship between each union and its affiliated worker center. 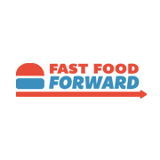