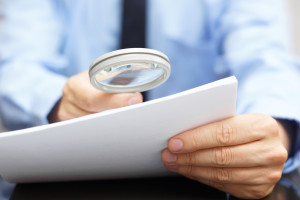 Reported today by Bloomberg Law, the Center for Union Facts and the Freedom Foundation have filed a formal complaint with the U.S. Department of Labor’s Office of Labor-Management Standards against union-backed labor group Working Washington.

The 57-page complaint, supported by a 500+-page appendix of evidence, calls for an investigation into Working Washington — a Seattle-based worker center whose efforts to organize gig workers are substantially funded by the Service Employees International Union (SEIU), as well as the United Food and Commercial Workers (UFCW) and the Teamsters. The complaint argues that the group should actually be designated as a “labor organization” and subject to the same financial disclosure requirements as labor unions under the Labor-Management Reporting and Disclosure Act (LMRDA).

The complaint cites over $15 million in payments to Working Washington from labor unions, many for the express purpose of “organizing” workers. It also highlights how the group advocates for “changes in workers’ wages, hours, and conditions of employment,” making it little more than a union front group.

As complaint author and labor policy director at the Freedom Foundation Max Nelson said, “For 60 years, the LMRDA has helped make unions more accountable to their members and required basic standards of conduct. It’s both good policy and correct law for the Department of Labor to apply the LMRDA to union front groups like Working Washington that have purposely avoided complying with the law’s requirements.”

If you ask us, if Working Washington walks and talks like a labor union, then it should be held to the same standards as any other union in this country. Hopefully this front-group won’t be able to skirt a system that’s designed to provide transparency and accountability to workers for much longer.